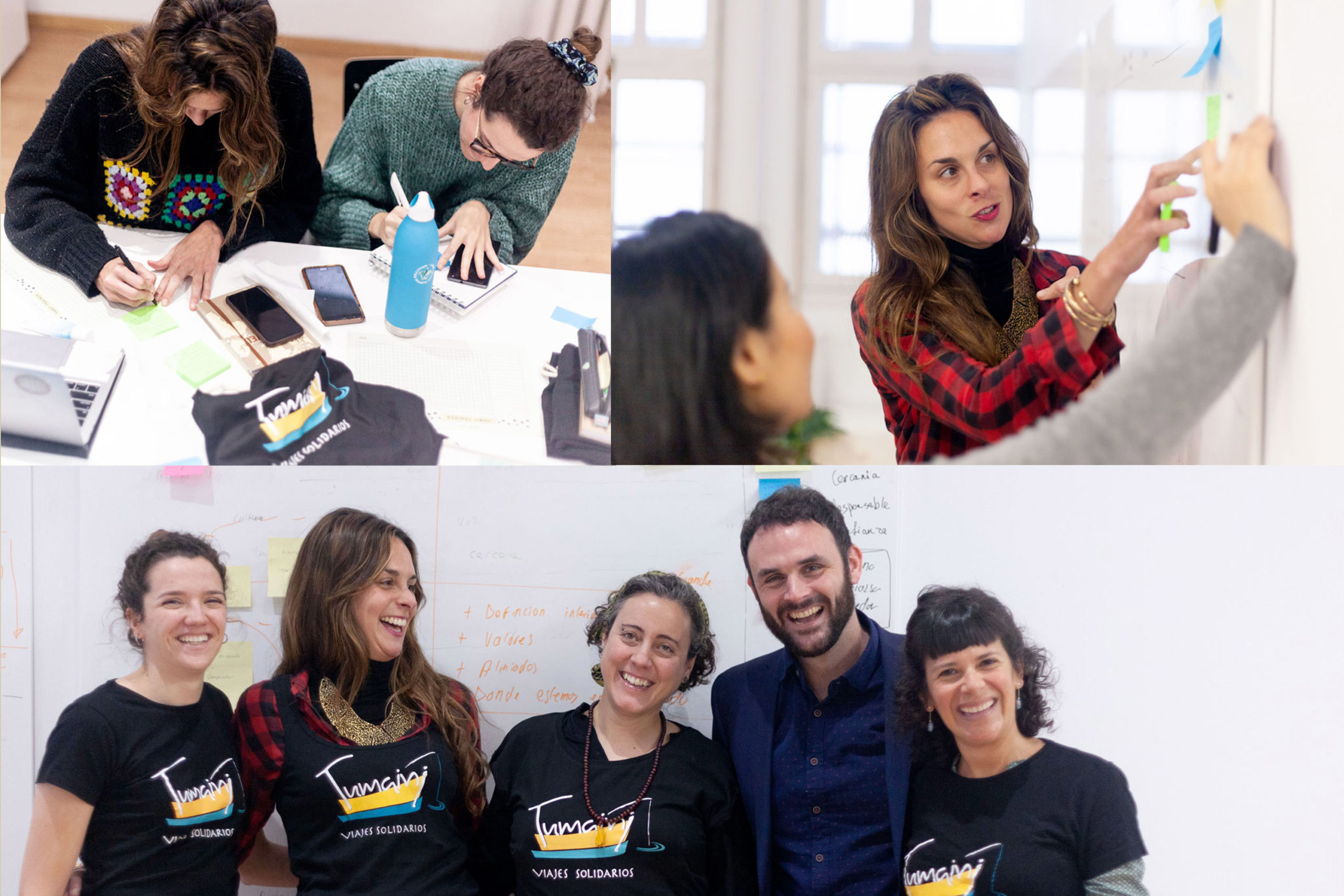 Workshop: How we resolved an NGOs biggest problems

A couple of months ago we were contacted by the Spanish NGO, Tumaini, asking us for help in resolving some of the problems they had. Tumaini is an NGO that helps projects all over the world by organising volunteers, online classes, workshops and fundraising.  Being in the thick of things day in, day out, meant they couldn’t get perspective on what their real problems were. Bridge Studio were tasked to unlock their potential with a problem solving workshop.

We’d already ran a brand discovery workshop for Tumaini and now we had the challenge to create a workshop that tackled some of the problems the NGO had in succeeding in their mission. When you create a brand it's like imagining a vision for a grand adventure or journey, you rally everyone around a purpose and get everyone stoked up. Right, you’ve got your map and motivation for your adventure but while you’re on your journey you get sick. It was probably from that samosa another backpacker gave you who looks like he last washed his hands when global pandemics where just things people talked about in Ted Talks. This workshop is a cure for the metaphorical upset stomachs on your journey. To get to the point, it will help you sort out all the annoying things that stop you completing your main goal or mission.

1. User journey - how your audience interacts with you

To begin with we drew out a user journey map on the board, marking the main touch points where people interacted with Tumaini. This identifies where some of the main issues were. It wasn’t a very in-depth diagram but it did give us an idea of how Tumaini functioned. It’s amazing how it helps clarify things when you see them drawn out in black and white on a big whiteboard. The team already knew how the NGO worked but they’d never seen it simply drawn out in front of them.

Next the key people involved with Tumaini told us about their issues plus their main tasks. It’s important to limit this time as everyone loves to chat about their problems. There were asked to focus on the major issues they have that inhibits them from completing their tasks. This gives insights into the personal issues of the team and helps them to understand the NGO as a whole.

The team then jotted down their top 3 problems they think Tumaini has on sticky notes and placed them on the customer journey map. This helped us to identify areas that have the most friction.

The team was given 3 red dots to stick on the problems that they thought were stopping them from achieving their goals. We did this without any talking so not to influence anyone’s decision. What usually happens when people discuss issues is that the most extrovert steals the show and affects the decision of everyone else. The beauty of this exercise is that you can stand back and quickly identify which problems the team thinks are the most important. It was then the decision makers job to chose the top three problems. The decision maker is usually the person who will have the power to implement whatever solutions are created in the workshop.

Note: Usually it’s better to select one problem to work on, rather than 3. Because we drank so much coffee we felt we could solve 3 problems. It also helped having a small team in the workshop.

Once we had selected our 3 main problems we then asked the team to spend 10 minutes writing down as many solutions to these problems as possible on post-its. We told our workshoppers not to analyse their ideas at this point, it’s all about mass production of mind farts. Some will be totally useless and that’s ok. This freedom to think of ideas without judgement will allow unusual and new ideas to come to light. Amongst the stink of the mind farts will emerge some ideas that come out smelling of roses.

We then sorted the wheat from the chaff. The decider placed the ideas on a graph with the help of the team to direct them. The graph had 2 axes, 1 was effort and the other was impact.

Great, we’re done, right? Nope. Writing down a list of ideas is fantastic but as we all know, chomping though our fourth chocolate bar on 1st of January, is that good intentions are nothing without taking action. Now is the time ensure these actions are followed through, “but how?” I hear you ask while stuffing that chocolate bar into your cake hole. The best way to make shit happen is to assign tasks to team members and then block out time to work on them. You can do this however you like but we like to use Trello to delegate the tasks to team members then block out the time we need to complete the task in Google Calendar.

Boom and that’s it. This is a really effective workshop that will help your organisation solve some of it’s biggest problems. It’s not a silver bullet to all your problems but it is an efficient way to move forward quickly and efficiently.

Want to know more about our workshop?
Find out here